7 Benefits of Using CloudLinux on your server 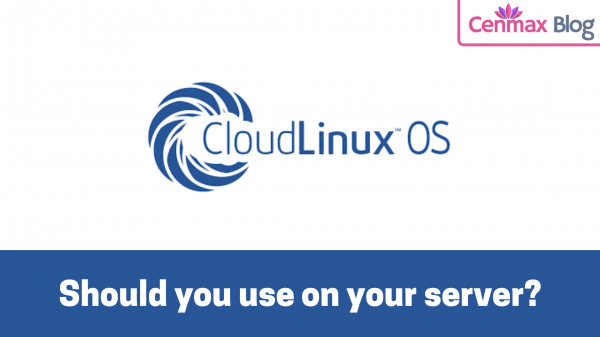 CloudLinux, the only OS purposely made for the shared hosting and reseller hosting industry, has been growing very fast since its inception in 2009. The company announced it had reached its 1,000 milestone of paying customers in August 2012. Approximately 9,000 servers currently run on the CloudLinux platform.

CloudLinux can improve data security, stability and density by seperating all users who are using shared hosting resources into a lightweight virtualized environment (LVE).

Below are the top 7 reasons why many people are increasingly finding CloudLinux beneficial.

CloudLinux was developed specifically to be used in hosting. One of its best features is the Lightweight Virtual Environment (LVE) technology used for resource limitation. The LVE kernel level module is used to restrict single users from bringing down the entire server; accomplished by controlling the amount of RAM and CPU that can be used on any given server process.

Users of CloudLinux have great visibility over their resources. Using the ‘tenant’ model, the system runs each execution by a user inverse. This means it is not difficult to monitor system logs or log attempts that may be potential security threats. For example, spamming scripts can easily be identified or even scripts trying to gain (unauthorized) higher privileges.

In some servers, accounts are relatively interconnected in such a way that when one goes down, it drags the others with it. Fortunately, this is not the way CloudLinux works. When one account goes down, the others remain unaffected. This means sites hosted on CloudLinux are extremely resilient!

It is very easy to start using CloudLinux. This is true either for those who are just starting to use it or for those who wish to convert from other systems. For example, converting from CentOS or RHEL powered VPS or Dedicated Server is done just a matter of a few minutes (5 minutes or so). And that’s all, you have fully functioning CloudLinux installation. Get your CloudLinux license to experience their simplicity.

Great support for CloudLinux is one of its nicest features. Users just need to submit tickets to OS support staff to have their issues resolved. This support is available for usage, configuration, installation, bug fixes and even diagnosis for all versions of CloudLinux.

Cloudlinux makes it possible to limit the user’s resource consumption. The server resource usage will be affected if you allow too many users to use your server. It will improve server efficiency by setting a limit on the resources that each account can use.

CloudLinux is compatible with other interfaces such as Plesk, DirectAdmin, and cPanel. CloudLinux offers GUI for working with any control panel you choose, which is what most web hosts offer to their customers. CloudLinux can also be used with cPanel and DirectAdmin control panels, as well as CentOS or RHEL.

For those who host and manage their end clients, CloudLinux is more or less a dream come true. It allows you to share resources on a server with few dozens or even hundreds of websites in a secure way. We recommend considering CloudLinux only when you’re hosting your clients or manage multiple websites on the same server for best reliability. If you’re not hosting anyone else’s data, or if you don’t need to throttle the server resources, a raw CentOS, AlmaLinux or any other RHEL distros would be the best option for you.

Cenmax - The hosting provider of choice for 3500+ developers, corporations, and individuals

With over 19 datacenters in operation, 39TBPS of Global Bandwidth backbone, and experience of hosting over a hundred thousand websites online, Cenmax is a hosting provider of its own kind with unparalleled technical backbone. And the best part? Cenmax’s hosting services are decades ahead of competition in terms of performance and reliability, but still prices are lesser than the industry standard – the cheapest on planet, you can say.